For this month’s martial arts magazine, the featured article is about Teacher Jukou Hirakawa of the Shorei-kan School of Goju-ryu. 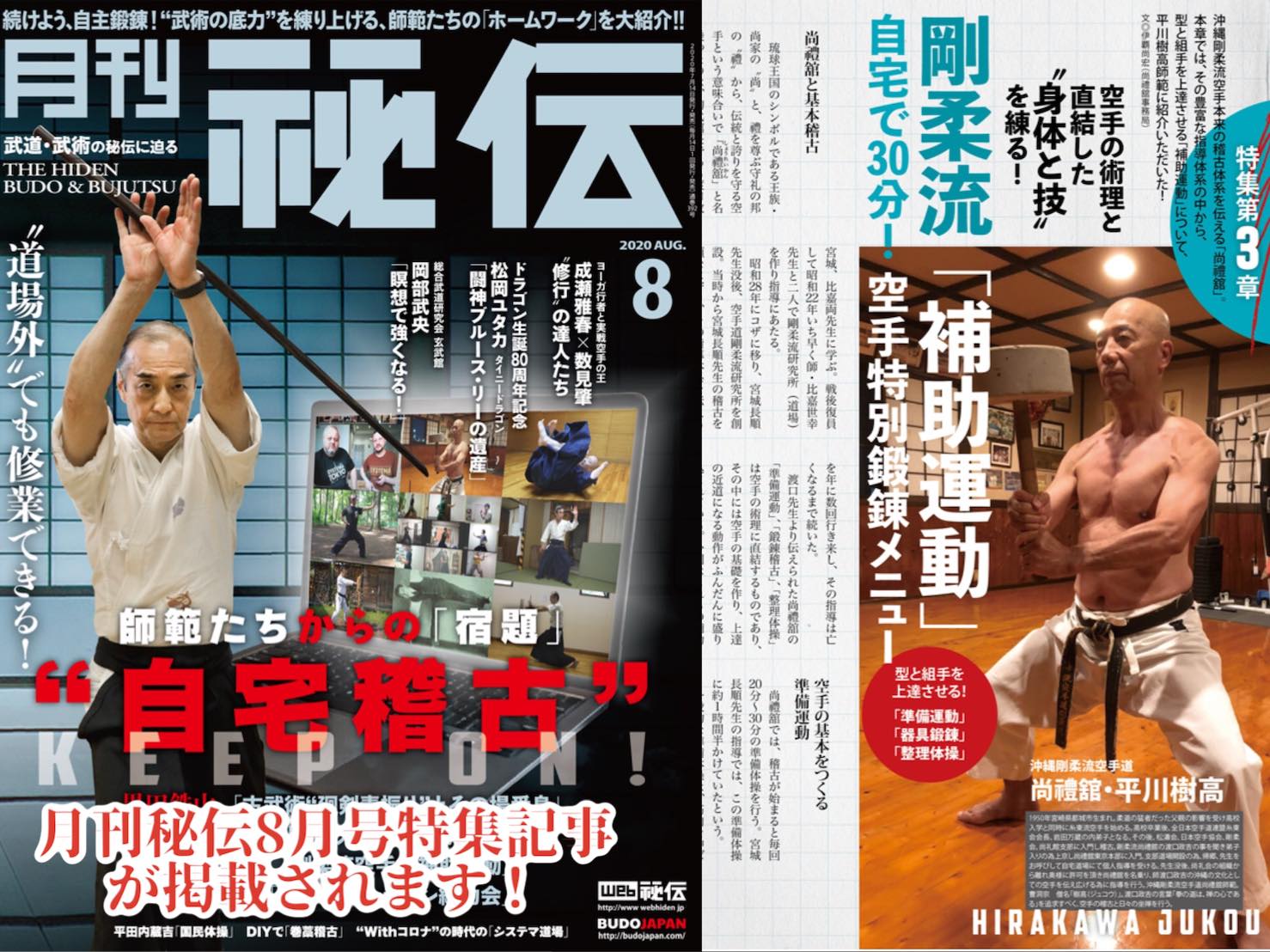 Thank you for visiting the application website for the article about Teacher Jukou Hirakawa of Shorei-kan in the November issue of Hiden.

【About the application for the November issue of the martial arts magazine, Hiden】

*We will print 200 copies of the November issue. 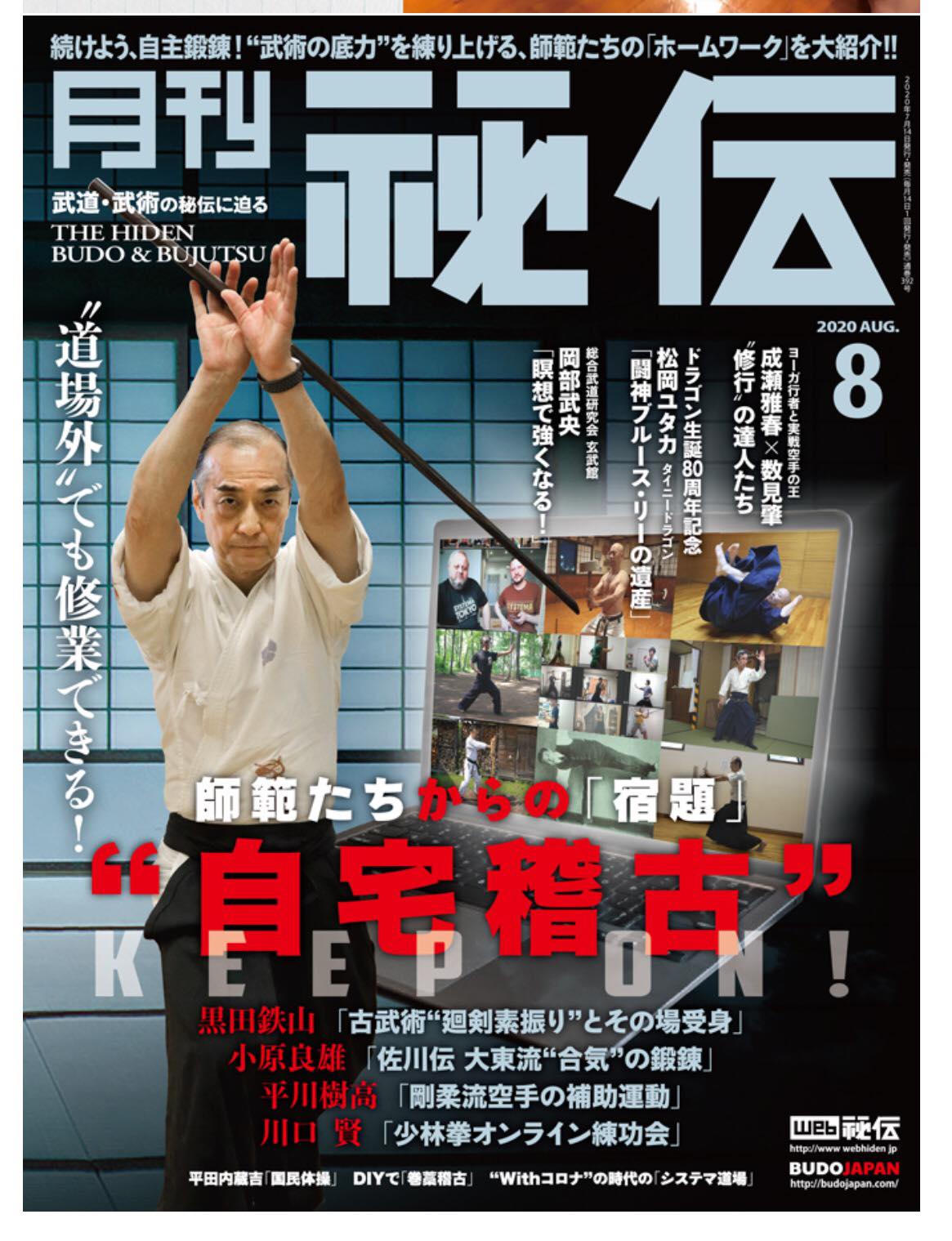 For this month’s martial arts magazine, the featured article is about Teacher Jukou Hirakawa of the Shorei-kan School of Goju-ryu.

This is the first time for Teacher Jukou Hirakawa to be introduced all over Japan.
We would like people who are not in Japan to read this magazine, too.Moreover, the magazine will also introduce Teacher Seikichi Toguchi.
We would like people who belong to Shorei-kan, the members of the school of Goju-ryu, and anyone who is learning about martial arts to read this magazine. 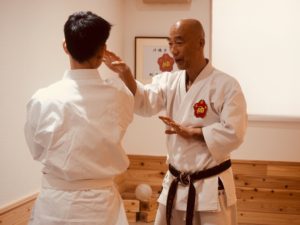 In 1975, Jukou Hirakawa traveled to Tokyo for the soul purpose of training in Shorei-Kan Goju-Ryu karate under Toguchi Sensei.Hirakawa Sensei had previously trained in Shito-Ryu karate for 20 years attaining the rank of 4th degree black belt. Shorei-Kan Goju-Ryu from the most intermediate level to become Toguchi Sensei’s most Senior and devoted student, Hirakawa Sensei has continued to develop and teach the princples of true Okinawan Goju-Ryu Karate. 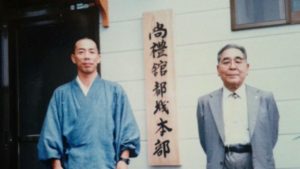 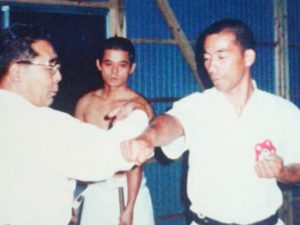 *We will finish selling the magazine as soon as they are sold out, so please reserve your copy as soon as possible.

Price of the magazine：1,000 yen（including tax）
Postage：600 yen The postage is the same anywhere in the world.
Delivery period：Ships between ２～３Month after the July 14 release date.

The postage is the same anywhere in the world.

f you have any questions, please contact me, Mr. Iha ＆ Hirakawa, at syoureikan@gmail.com
I will be in touch with you as soon as possible. 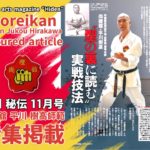 For this month’s martial arts magazine, the featured article is about Teacher Jukou Hirakawa of the … 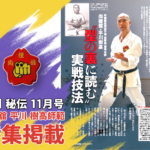 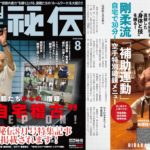 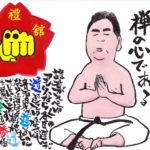 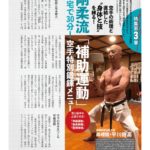 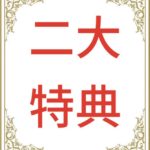